We couldn’t help but have a little bit of fun on April Fools day. Thanks to Russ, Fluffy and everyone that played along and had a good laugh. Its one of the great things about the sport. None of it is true, but the April Fools joke article is below…

Breaking news from the Carnarvon 360 with Russell Cullen excluded from the results after a post race investigation revealed that he had actually run the event with a 6.2L LS3 motor in the #883 GQ Patrol. Cullen who in the past has been referred to as the peoples champ has given us the following statement in regards to the decision

‘I am dissapointed to have let my people down. We knew we had to up the power after we saw Danny ‘chopsticks’ Smith had 500hp at the wheels at Perenjori. I’m just glad Pickers had a DNF so they didn’t check his 8L’

Rumours have also come in that navigator Dan ‘Fluffy’ Fahey will undergo testing after unusually high caffeine levels were found in his system, reportedly due to hair growth tablets 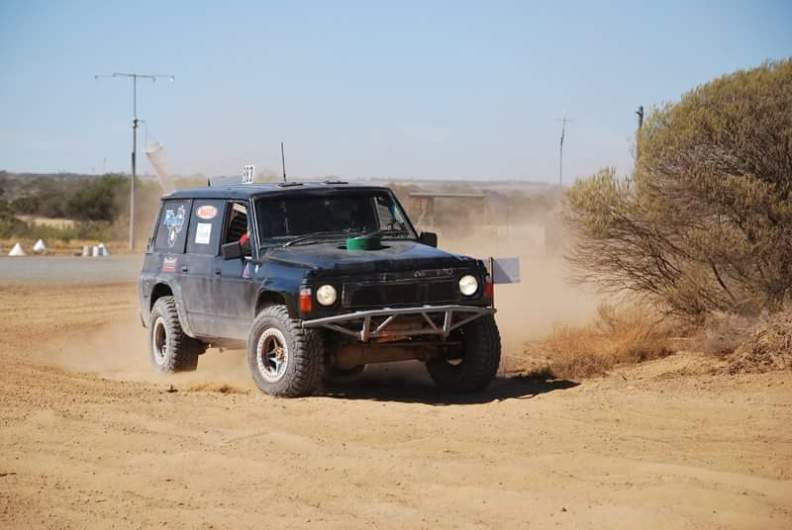